Here’s someone who’s lived a life. One time rogue, prolific session musician, immensely respected figure in American roots music… Mac Rebennack, much better known as Dr. John, is a genuine New Orleans pianist, vocalist and musician, most associated with the classic New Orleans blues/jazz style of piano. Whilst he’s also played guitar for a good proportion of his career, it’s the influence of Professor Longhair and a number of other cool and unorthodox American pianists which defines what he’s about.

Doctor John’s career in music goes back to the 1950s when his mentor Professor Longhair was a prominent recording artist in the Louisiana blues genre. But I first learned of him in my teens, on the evening of Friday 18th November 1983, when he played an unaccompanied, piano only version of his adopted anthem Such a Night, plus a piano duet with Jools Holland, on Channel 4’s alternative live music show The Tube. This performance came just two weeks after he recorded his famous Such a Night Live in London album, so I assume he was playing a number of dates across the UK during that period. The Tube, incidentally, was broadcast from Newcastle in the north of England. Sharing the bill on live TV with Doctor John that November night in ’83 were: Wham, ZZ Top, REM, and Imagination. That’s a lineup to conjure with, for anyone who remembers the early 1980s.

But of all those acts, it was definitely Dr John’s piano playing which caught my attention. I was just getting into those intricate blues piano styles through Jools Holland, but Doctor John had a lot more experience than Holland. He could make very difficult passages look effortless. I still remember sitting down at the piano after that show and trying to work out some of what I’d seen and heard. That was the point at which I realised what a remarkable performer and musician this rather unassuming looking guy was.

But it wasn’t just the technique and mastery. The style, the rhythms, were unusual. Lots of little broken-chord rolls which seemed to appear out of nowhere and seamlessly link one chord to the next. They were always perfectly and precisely executed, but they were all too quick and fleeting to dissect and work out the exact note content. I was absolutely fascinated by the style, and though I was, a long time later, able to learn exactly what was happening, I still marvel at how nonchalant Doctor John could look when playing such demanding material – and singing at the same time, of course.

In all honesty, for most of this album – In a Sentimental Mood – Doctor John is really performing primarily as a singer as opposed to a pianist. The unmistakable piano is still there, but in moderation, and there’s some sophisticated orchestration – a big band sound with classy brass and strings, which wouldn’t be out of place on a Sinatra track. The production is simply spectacular. The recording is actually circa 1989, but the only thing that really gives away the ‘80s heritage is the odd bit of slap bass. Change that for something more generic, and the album could have been recorded yesterday. You don’t really imagine the sophisticated backings (often very ‘movie soundrack’ in nature) will go with Doctor John’s rough, gravelly and thoroughly distinctive singing, but the dichotomy works phenomenally well.

Black Night is the highlight for me, but the whole album is of the highest quality, and here in the UK, the big chart hit was Makin’ Whoopee! – a vocal duet with Rickie Lee Jones.

This is in fact the only Dr John album I have on audio cassette – the rest are either on vinyl or CD, and I’ve got some stuff on VHS video too. In truth, I’d always pick Hollywood Be Thy Name, and then Live In London if I had to isolate two Doctor John albums for a desert island. This one isn’t as distinctive and earthy, and it’s classy as opposed to inspirational. But it is a great album, and I wouldn’t mind betting that for many lesser musicians, this would be the untouchable career highlight, never to be bettered. The fact that an album can be this good, but still nowhere near Doctor John’s best, makes him an amazing force in music history. He’s not the most recognisable name, but be in no doubt – he’s appeared on so many major tracks over the years, you’ll inevitably have heard his work. 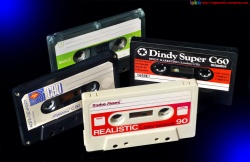 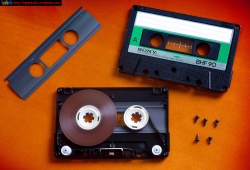 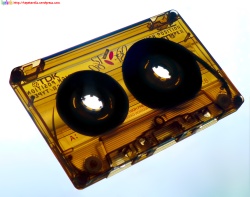 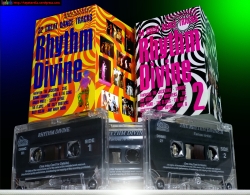 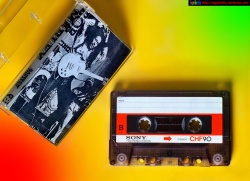 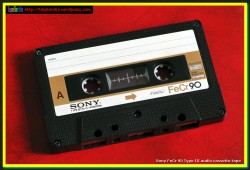 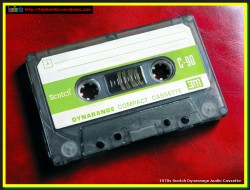 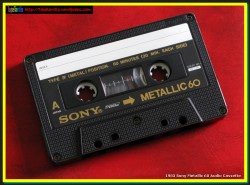